(I realize its been over a month since I’ve published a blog. I have a ton of ideas and some actual works in progress, but we’ve been slammed busy for the last month.)

Can I get a big YEA for the HOLIDAYS?! (only about a month late, eh)

Ok, so really, I am so happy to be sliding into 2018- 2017 has been a big year, with a lot of changes, mostly positive for my little corner of the universe.

But boy oh boy we are ready for this next year and the whole list of projects we have to accompany it. But That is another blog for later on.

For the second half of December, we concentrated on holidays and family time. There were also a boatload of storms, including a blizzard on Christmas Day, so we spent a lot of time cleaning up as well.. 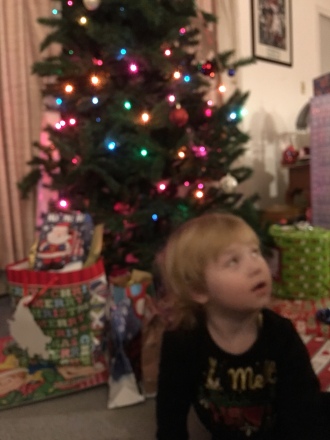 I’ve been immersing myself in learning more about our Alpaca herd, including monthly parasite prevention, diet info (like how corn gives them ulcers and causes diabetes), that they CAN and WILL eat anything that you’ll let them get into, and treats aren’t actually a very bad no good awful idea (including these yummy looking cookies)….

Also, I’ve been spending a lot of time learning about taking care of PIGS because that is what MrGillis and I have decided to raise this year for meat. We’re going to get two or three and have them slaughtered at 6 or 7 months old so we don’t have to worry about an over wintering situation. I’ll go deeper into this subject in another blog tho.

Otherwise, its been work work work- we run a home heating company and I tell you what, it has been one thing right after another with that- so we haven’t had much time to do Gillis Gardens type stuff.

Although, MrGillis has been using his free time to work on the shed project – we discovered a leak where the old water heater pipe sticks out of the roof, so we are in the process of tearing out that damage, patching the roof and THEN finally moving on to putting up walls for our kitchen. 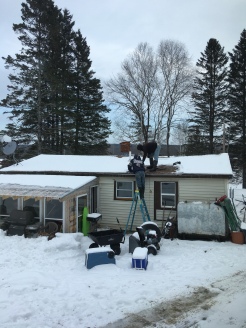 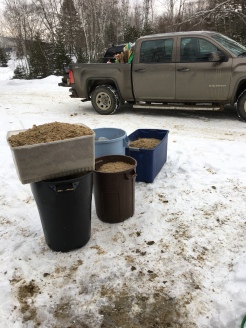 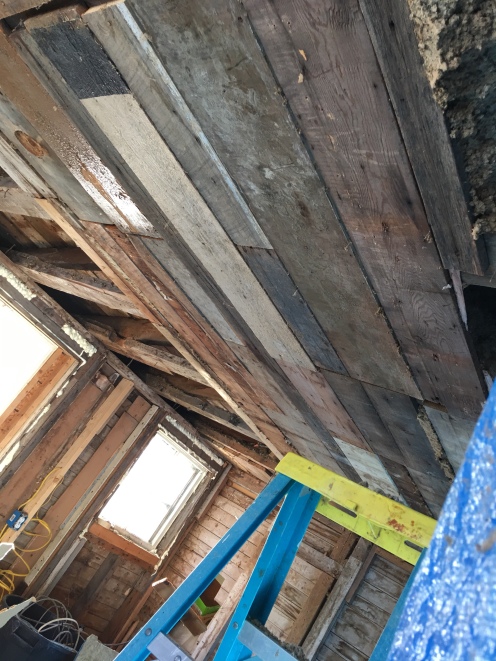 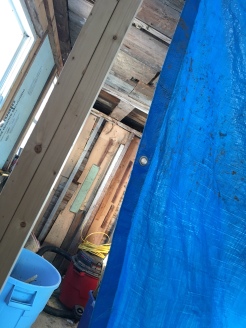 This winter has been really hard on the chickens so far- with the crazy cold temps they’ve been pretty well cooped up (when it gets into the negatives I keep them locked up) – they’ve started bullying some of the gentler birds. At first I thought I had a very quiet rooster, because they resembled mounting injuries, but I’ve since caught the culprit red beaked, so to speak, pecking the feathers in just plain old bullying behavior.

So I’ve fashioned some hen saddles, and upped the amount of protein in the feed. I am currently trying to talk MrGillis into separating our birds into two flocks. We have some really gentle girls in the new flock that are getting really picked on. Also, this means I can have more chickens! If he agrees.

I guess, I could keep going on for a while… a lot of things have been going on, but its all the kind of daily drudgery that isn’t very exciting to blog about.

If you missed us while we took our unplanned hiatus  we did stay fairly active on Facebook and Instagram the last month, so give us a follow to keep it coming steady.

Until next time, have a wicked good day.